What is kidney cancer?

Kidney cancer is the out-of-control growth of kidney cells, often forming a growth, called a tumor. The most common type of kidney cancer is renal cell carcinoma, which occurs in about 9 out of 10 cases of people who have kidney cancer. This cancer forms in the lining of the renal tubules, which do things like clean blood and make urine. Kidney cancer can spread to other parts of the body, known as metastasis. However, the tumor often stays in the kidney and if it stays small, a doctor can remove just the tumor, rather than the whole kidney. Other forms of kidney cancer include transitional cell carcinomas, Wilms tumors, and renal sarcomas.

Click on the banner below to start your learning here with this search tool related to kidney cancer:

How does kidney cancer present? 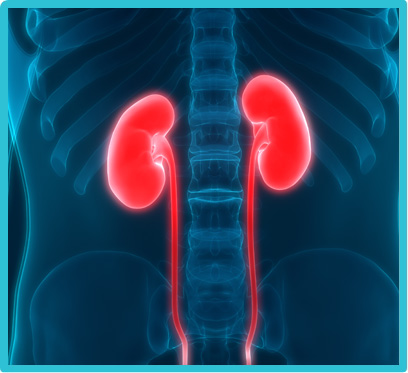 What are some risk factors for kidney cancer?


What symptoms should patients be on the lookout for?

Early kidney cancer is hard to diagnose because it does not cause pain or show signs during the early stages. Because early detection is hard, it is usually caught in the later stages instead of after it has spread. Symptoms usually show when the tumor grows into other nearby organs. Some of these symptoms are: 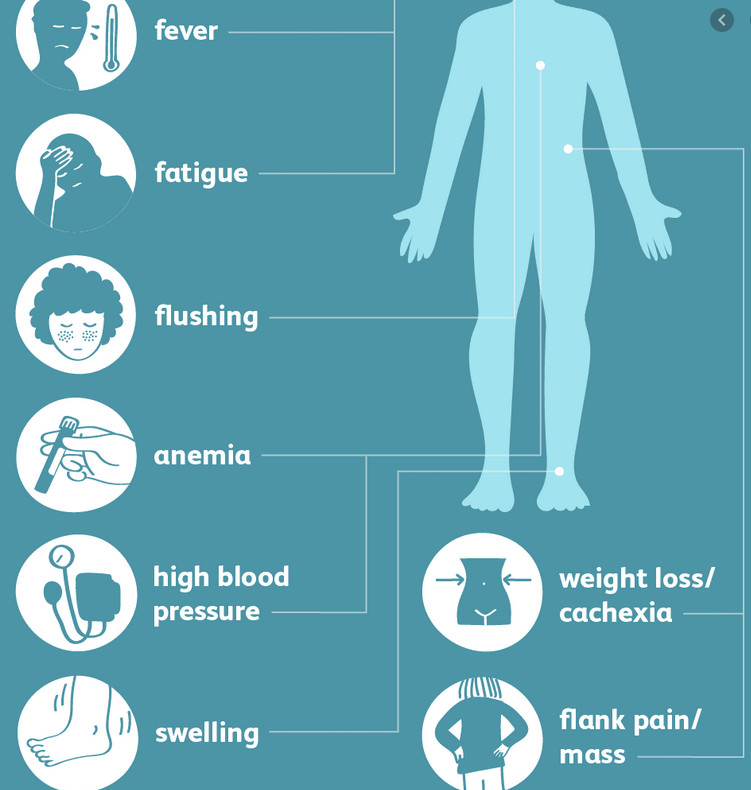 Are there any visual signs?

Visual signs often do not appear in the early stages of kidney cancer until cancer spreads. Some visual signs may include: